What we talk about in this article is a problem/bug that can easily go unnoticed when using objects with hooks.

Hooks have been around for almost two years now. They we’re added in React v16.8.0, and let you use state and other React features without writing a class.

In this article we won’t be going into much detail about what a hook is, its syntax, and so on and so forth. For that, you can visit the React documentation page where we think that the React team did a great job 👍🏾 and we couldn’t explain it better.

What brings us here is a problem / bug 🐞 we faced when we first started using hooks, that can easily go unnoticed.

Let’s look at the following example:

We prepared this codepen with the example, feel free to visit and play around with it.

In our example we have:

When a user presses the button, we increase the count property inside the objectCount object, and then call setObjectCount(objectCount).

The problem with this is that the useState hook uses strict equality comparison to determine if it should trigger a re-render and doesn’t check if the properties of the object actually changed.

In other words, the hook compares (===) the “old” and “new” state and concludes that the object hasn’t changed, and won’t trigger a re-render, causing the object count label to stay the same😭.

Create and pass a shallow copy to setObjectCount

The “Functioning increase of the object count” button fixes the issue by creating and passing a shallow copy of the objectCount to the setter function.

It basically keeps the same object properties but creates a new object reference so that the hook strict equality comparison determines that the state changes, and immediately triggers a re-render.

Do not use an object as state

Another solution would be to simply not use objects in an useState hook.

You could use the useState hook per each property of the object. In theory, this would be the ideal scenario, but doing this might be daunting and time-consuming.

You might have your reasons to directly store an object as state. In our case, we were retrieving data from an API and decided to store the object retrieved 🤭.

If you are familiar with Redux you already know how this works as it is very similar.

useReducer accepts a reducer of type (state, action) => newState, and returns the current state paired with a dispatch method.

This is usually preferable to useState when you have complex state logic that involves multiple sub-values or when the next state depends on the previous one.

As per the documentation:

Immutable data cannot be changed once created, leading to much simpler application development, no defensive copying, and enabling advanced memoization and change detection techniques with simple logic. Persistent data presents a mutative API which does not update the data in-place, but instead always yields new updated data.

In practical terms, when using immutable.js, every object change would actually create a new object. In our example, this would cause the state hook to trigger a re-render.

When this problem happened to me and Rui Sousa, we spent, I would say, a couple of hours hunting down the problem. So we felt like sharing this tip in hopes that it saves you debug time!

If you have a suggestion or a different solution than the ones listed, go ahead and leave us a comment 💬. We are very friendly, we promise 😇. 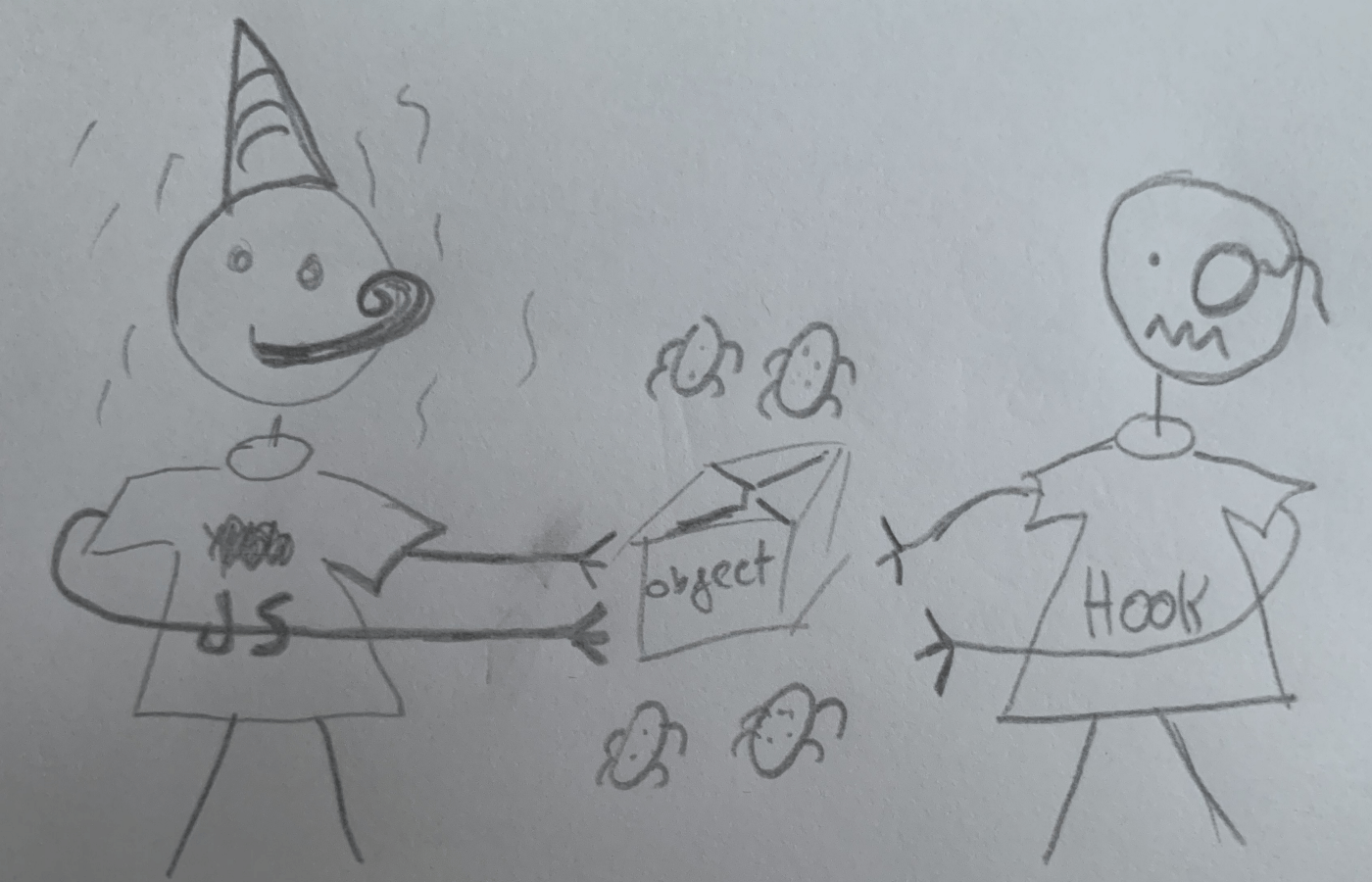